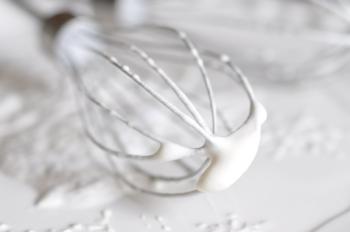 People have varied reasons for baking with alternative ingredients. Whether you wish to bake for someone with food allergies, have been diagnosed with a food intolerance yourself, are perhaps looking to reduce fat and cholesterol, or want to go vegan for a day in celebration of Earth Day – there is no reason why dessert should be anything less than perfect.

Replacing eggs and dairy, some of the traditional building blocks of baking, need not be as daunting as it may sound. A little alchemy, a nod to chemistry and some mad science, and we’re off to the races. The key to making these substitutions is in understanding the function of what you are replacing.

The following is a mad scientist beginner’s guide to making the big substitutions when baking up a storm.

Butter is very easy to replace. The easiest substitute is a vegan margarine (one free of both dairy and animal fats). Since many vegan margarines contain salt, you may want to reduce additional salt depending on how much is called for in your recipe. Coconut oil is a delicious alternative and, better yet, it can be creamed like you would butter. It’s melting point differs from that of butter but it is solid at room temperature. Nut butters also make excellent additions. Try substituting a portion of the butter in cookies with almond, hazelnut, cashew, or macadamia nut butter. Nut butters are also beautiful in frostings!

Milk clearly provides moisture, but it also has a fat and protein component to consider. For this reason, when choosing an alternative milk, I usually choose a full-fat plain soy milk for baked goods. For those with soy allergies, there is an abundance of choice when it comes to non-dairy milks. I use them all for different purposes. Whether you are considering soy, almond, rice, oat, or hemp-based milks, there is a plethora of further variation within these. You will find full-fat and light milks, as well as sweetened and unsweetened examples. You can even get flavoured milks, most commonly vanilla, but also chocolate, strawberry, etc. There is much choice here. When choosing the appropriate substitute, I always consider the end-product. For baking I tend to choose full-fat plain or unsweetened soy milk first because, as I said, I find it to be most similar to milk in terms of fat and protein content. If I’m making something featuring nuts, I often choose almond milk which compliments the nutty flavour exceptionally well.

Something to consider is that different commercial brands will vary rather vastly in taste. If you find you don’t like a particular brand, definitely give another a try. Given the choice, I will go for the fresh refrigerated versions over the aseptic boxes, particularly for soy milks. You can’t beat the convenience of those boxed versions however, and I always make sure my pantry is stocked with a multitude of varieties as they last months and months. Here’s a tip to all the cappuccino aficionados out there – if you’re looking to foam up soy milk for a cappuccino or latte, choose the fresh sort. The aseptic box versions invariably contain added oils which will foil your lofty foam efforts, while fresh soy milk foams up like a dream.

If you need cream, consider coconut milk, which can be found in either full-fat or light versions, usually canned. It can also be purchased in powder form which you reconstitute. Using coconut milk in a coconut based recipe is a no-brainer, but don’t stop there! Coconut milk is such a luxuriously creamy ingredient that you’ll want to use it elsewhere too. Try incorporating coconut milk in recipes that have flavours strong enough to overpower the coconut, such as a seriously devilish chocolate fudge. If you think the coconut flavour might be too strong for what you have in mind, you can combine the coconut milk with your favourite non-dairy alternative milk. You can also purchase any of several different commercially available soy creams or try substituting unsweetened soy yogurt or soy sour cream.

Looking for a substitute for buttermilk? Buttermilk is milk with some culture added. An easy substitute is to take soy milk and add apple cider vinegar or lemon juice (try ½ tsp to 1 cup of milk) and allow it stand for at least five minutes. The acid will curdle, or sour, the milk. If a recipe calls for buttermilk, I will make the aforementioned preparation first in a small bowl so it has had ample time to react and is ready to add to the recipe when needed. As an added bonus, this concoction will also work to bolster your leavening. Alternatively, you might try substituting a portion of the milk with soy yogurt and mix them together – try a half to half ratio and experiment.

Does your recipe call for evaporated or sweetened condensed milk? The former is concentrated, unsweetened milk. The latter is concentrated milk and sugar. Make your own evaporated or sweetened condensed milk by using soy milk powder and adding half the water (or even less) that you normally would. Alternatively, you could start with regular soy milk and heat it slowly in a saucepan until the volume reduces down to the consistency you desire – probably fifty percent or less. You might want to add vanilla to taste and a pinch of salt. If making the sweetened variety, add sugar.

The replacement of eggs in baking is often the most challenging substitution, as eggs can wear many hats. Eggs most significant functions include providing structure, binding, leavening, and moisture. Depending on what you’re making, eggs might also contribute significantly to the finished product’s colour and taste. These last two are no big deal but the first four are very important.

Let’s address the easier functions first: colour and taste. If you’re making something in which yellow features prominently, a lemon tart for example, simply add some turmeric. This quintessentially sunny spice will add the yellow colour you seek without effecting the taste. If you wish, add some pure vanilla extract, nutmeg or other favourite spice, extract or essence – you get the picture: find another area to bump up the flavour if you think it needs it. Now on to bigger challenges: structure, binding, leavening, and moisture.

There are many options here. Keep in mind that you must approximate the volume of the egg, as well as the moisture to dry ratio as much as possible. Generally speaking, an egg represents approximately ¼ cup in volume. One of the most popular replacements for eggs is an ‘egg replacer’ product akin to Ener-G. These are powders, usually a combination of starches, which you add water to. I find these products work best in baked desserts that are meant to be crisp, like cookies, in which case they work very well to bind things together. They may even provide some structure, to a point. When it comes to an item requiring some loft, like a cake, you may want to look to something that offers a little more structural heft.

Tofu is a marvel in this department, offering moisture and filling the need for both structure and binding. Tofu can be readily purchased in unrefrigerated aseptic boxes or in plastic containers in the refrigerated section. I most often use the aseptic boxed sort as I find it has the most neutral flavour. If using the refrigerated type, you can reduce the ‘beany-ness’ by blanching it before using. Place the tofu in simmering water with a pinch of salt for five minutes and then drain off excess water. You might also consider allowing refrigerated tofu to drain overnight on a cheesecloth or strainer over a bowl in the refrigerator as it has a higher water content than boxed tofu. Use ¼ cup tofu for each substituted egg.

Unsweetened or vanilla soy yogurt or soy sour cream are also distinct egg-replacement possibilities – use ¼ cup in place of each egg. 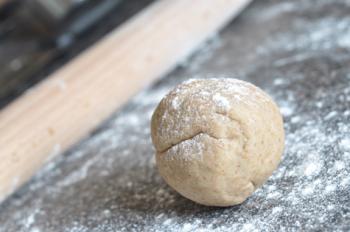 Another excellent option to replace eggs is to look to fruit and vegetable purées. These not only provide structure and binding, but add moisture and depth of flavour as well – think sweet potato, regular potato, squash, pumpkin, banana, carrot, apple, and even mashed beans like adzuki, garbanzo, navy or black-eyed peas. The sky is the limit! Start by using a ¼ cup of puree for each egg you are replacing.

My absolute favourite go-to egg replacer is flax meal (ground flax) and water, often referred to as a ‘flax egg’. Use one tablespoon of flax meal plus three tablespoons of water for each egg you are replacing. Prepare your flax mixture in a small bowl, before doing anything else, by whisking the flax and water together until foamy. Allow it to sit while you prepare your other ingredients. By the time you are ready to incorporate the flax mixture, it will have gelled similarly to a whisked egg. I find that flax works wonderfully in nearly any baked item you might think to try it in, be it cakes, cookies, bars or pastry. You can purchase flax meal or make your own by grinding up whole flax seeds. Store flax in the refrigerator.

To bolster leavening you have several options. If making something like a cake where the lightest of textures is desired, try adding an acid like apple cider vinegar, white vinegar or lemon juice to the batter (similar to our makeshift buttermilk technique). Another tip is to increase the amount of leavening you plan to use. If using baking soda or baking powder, increase the amount by ¼ teaspoon for each egg replaced – it’s a little extra security.

You may also want to experiment with using gels and thickeners to add stability to your baked item in which case seaweeds and root-based starches are quite effective.

Agar (also known as agar agar) is derived from seaweed. It’s gelatinous consistency makes it an excellent substitute for gelatin. Agar can be purchased in powder, flake, and block form. Each form of agar has a different potency, for example, one teaspoon of agar powder is equal to one tablespoon of agar flakes. One tablespoon of agar flakes will gel approximately one cup of liquid. Agar must be dissolved first before it is incorporated into your recipe. For best results, allow the agar to soak in a cool liquid in a saucepan for at least ten minutes. After soaking, the agar must be heated slowly to a boil and allowed to simmer until most of the crystals have disappeared, up to ten minutes.

Agar is often incorporated in tandem with a starch, such as arrowroot. While agar provides structure, Arrowroot adds creaminess and volume, further thickening the mix. I’ve used this combination to make mousse and frosting with great success. Arrowroot has the same thickening power as cornstarch. Other popular root-based starches to experiment with include tapioca and kuzu. Kuzu has twice the thickening power as arrowroot and cornstarch, so use half as much. When cooking or making sauces with kuzu, allow it to cook for one minute after first boil. You will find arrowroot, tapioca, and kuzu labelled as either starch or flour – don’t worry, it’s the same thing.

You might also want to experiment with gums. Guar gum, a plant-based resin, is a natural thickener and emulsifier. Xanthan gum similarly works to thicken and stabilize – since it is a natural sugar it will also add sweetness.

Now get out your bowls and spatulas and bake me some vegan sweets – no sacrifice of taste and texture accepted.