Most folks already know when and how to use the different settings on their regular oven to achieve the results they want in the kitchen. Select a baking temperature for any batch of cookies or crank it up to broil to achieve the perfect bubbly crust on the top of your extra cheesy lasagna!

Today we’re taking a deep dive on two of the most-likely-to-be-used settings on your convection oven: convection bake and convection roast. We’ll cover all of the things that set these two cooking methods apart from one another, as well as discuss the situations which might be best suited to either method! Grab a glass of ice water to keep cool because we’re taking a dive into the sweltering world of convection cooking.

How Does a Convection Oven Work? 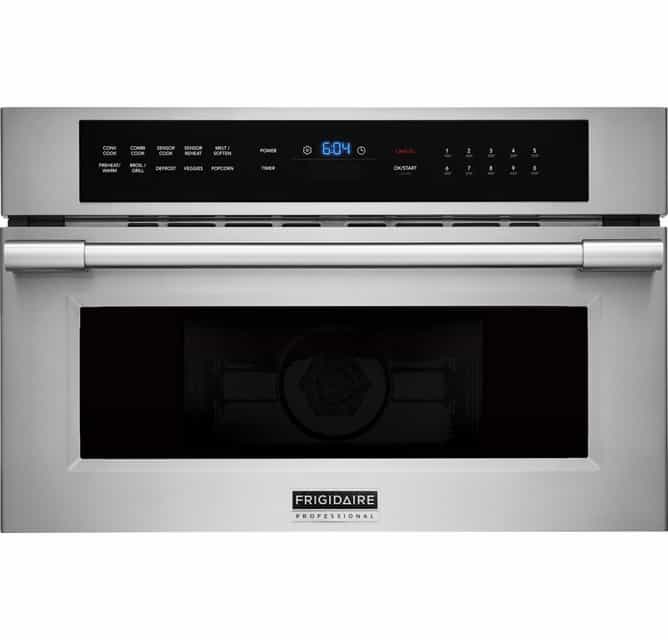 A traditional oven relies on either gas or electrically powered elements within the oven to generate heat which then naturally radiates to and around the food. The problem with this setup is that the hot air is not always evenly distributed and at some point, someone thought to themselves “there must be a better way!”

And a better way there was. By adding an air circulation system within an oven, it was discovered that the heat from those same heating elements could be used to cook food evenly and more quickly. A convection oven is designed to make use of a series of fans and an exhaust system, thereby providing air circulation as well as removing both cold air and excess moisture. These factors work together to efficiently maintain a cooking environment which is much more constant than a regular oven setting.

What are the Benefits of Convection Cooking?

So, why are convection ovens quickly becoming more popular than traditional ovens? Because the benefits of convection cooking are numerous! 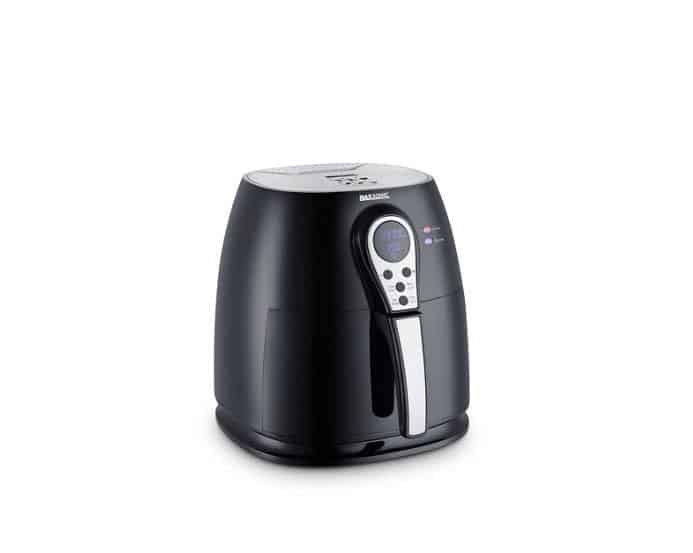 There are a few different types of convections out there to be aware of, as each of the following will cook food slightly differently:

Also known as a “traditional” convection oven, the American convection oven is essentially your standard conventional oven, with upper and lower heating elements, but with one major difference: the addition of a hot air circulation system! At the back of the oven a fan is built in, which spins while the heating elements are on, thus distributing air throughout the unit.

This may look like your standard countertop or wall-mounted microwave, but it has one major upgrade: a convection option of course! A convection microwave not only contains everything it needs to cook foods by way of microwave heat, but it also contains a heating element and fan unit, which can be used to cook food in just the same way as inside a convection oven.

You might never think that French fries could come out crispy or that vegetables could be roasted in a microwave (which let’s be honest, more often than not tend to just make things soggy), but with a convection microwave, this is possible!

Debatable on whether or not it can be considered an “oven”, the fact remains that air fryers actually use just the same technology as all convection ovens. That’s right, air frying is convection cooking!

Air fryers are typically small units, meant to remain on the countertop for the utmost convenience. They contain a heating element and a blower, as well as a fryer-type basket which helps to provide maximum air circulation to the food as it cooks. Thanks to their small size, they preheat quickly and the air inside air fryers tends to circulate more quickly as compared to actual convection ovens.

What is Convection Baking? 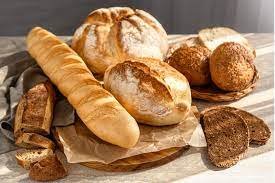 Just like traditional baking, the convection bake setting is useful for cooking those types of foods which require even, consistent cooking. The fact that convection baking takes place at an overall lower temperature is especially helpful for those items which need to rise properly as they cook, as the moderate amount of hot air provides just the right environment for foods to lift.

While this steady heat distribution and air circulation of convection baking is perfect for cooking foods in which you aim to achieve the same texture all the way through, the problem with the lack of involvement of the broiler element is that there will be a minimal level of browning or crisping action. Also, the low and steady heat can result in dryness if the foods are not properly monitored.

When is Convection Baking Used?

Not surprisingly, convection baking is used for, well, baked goods! Some items which are known to thrive under the conditions of the convection bake setting are:

What is Convection Roasting? 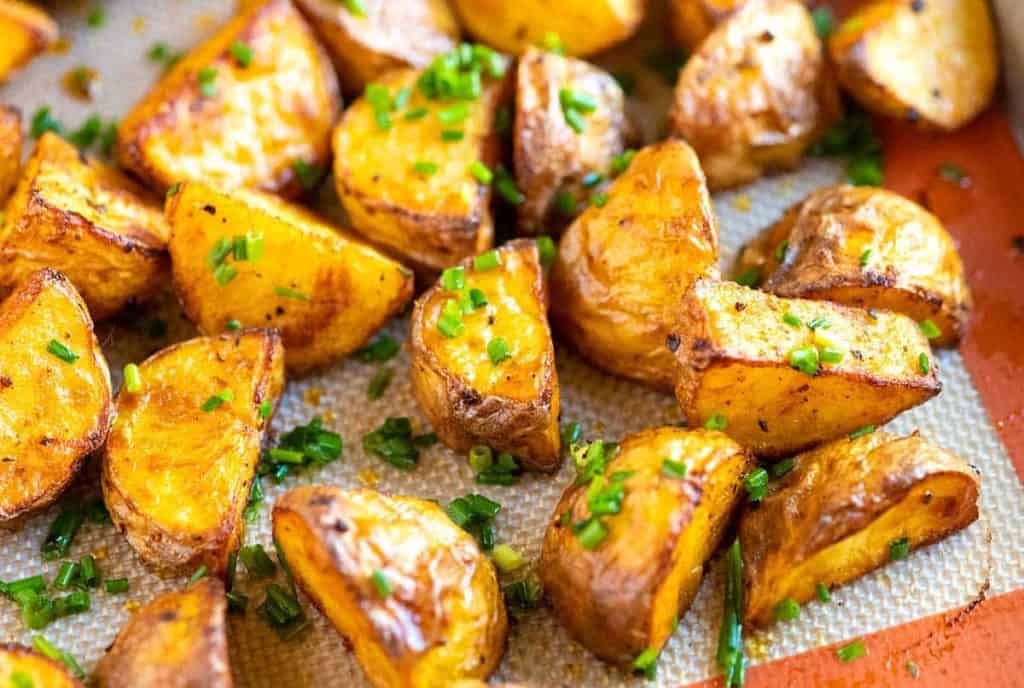 Convection roasting, on the other hand, is not suitable for baked goods as it may cause the outside to burn or otherwise overcook before the inside finishes off. It is, however, absolutely perfect for delivering that photo worthy golden-brown crust to the surfaces of foods. Unlike convection baking, where the aim is to achieve a uniform texture all the way though, with convection roasting, you can develop a nice distinction between the inner and outer layer of a food. Think French fries with their crispy outside and pillowy-soft interior, or roasted chicken with its golden crispy skin yet moist and tender inside.

To achieve this, the convection roasting setting operates at higher temperatures, typically for shorter periods of time. When a convection oven is set to roast, it makes use of both the bake and broil elements, thereby heating the food from underneath as well as above. This provides the right balance of ambient as well as direct heat to the food, cooking it through, as well as developing the texture at the surface of the food.

While it’s true that the convection roast setting is able to cook faster and crisp food quicker as compared to oven settings which operate at a lower temperature, the risk here is that the outside surface of the food could potentially easily overcook while the interior has yet to finish. Therefore, foods which are being convection roasted must be monitored carefully, at least until you get used to how quickly food browns when in this high heat setting!

When is Convection Roasting Used?

You might find that your first couple forays into the world of convection cooking are a little tough--don’t let this deter you! Convection ovens behave quite differently than conventional ovens and they can take some adjusting to, especially if you have cooked a great number of meals using regular oven technology in your life! Here are a few tips to make your convection cooking journey a bit easier: 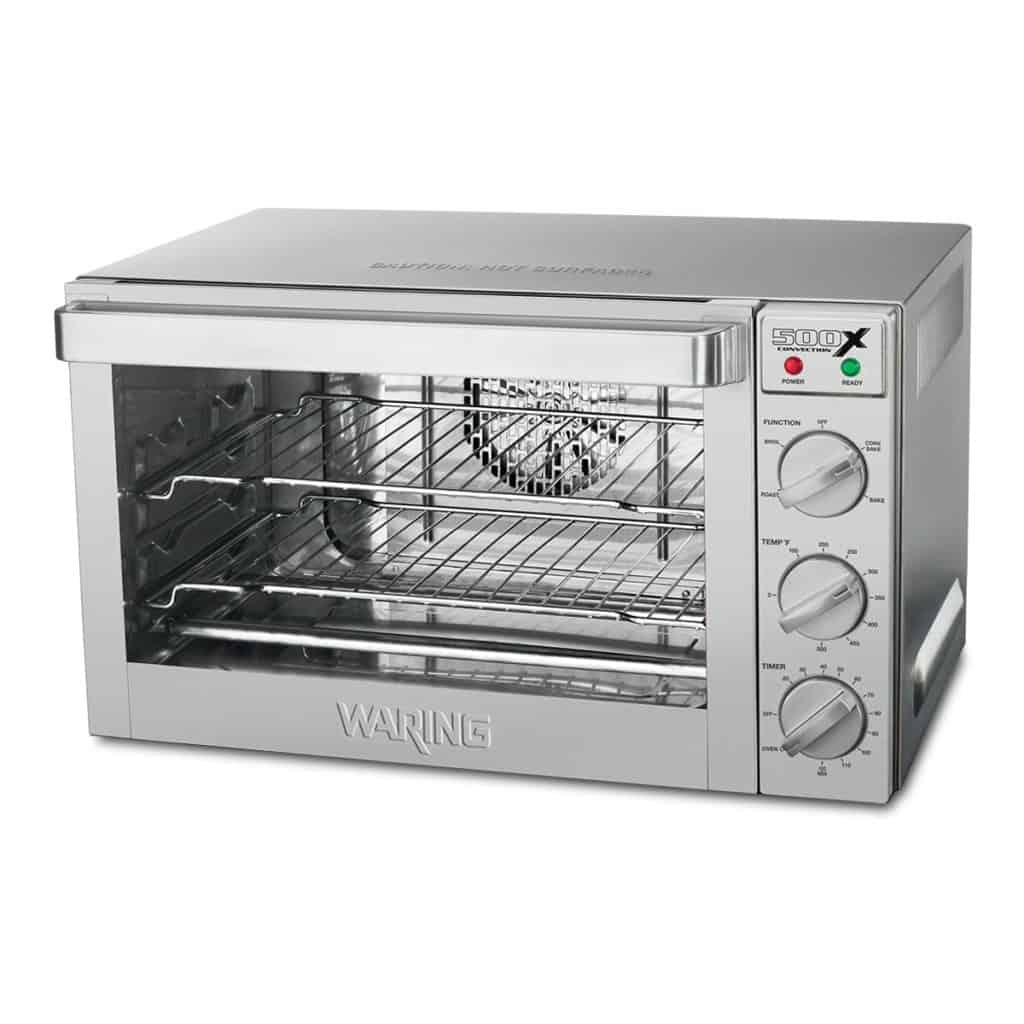 Let’s do a quick recap of the key differences between two of the most popular settings you’d find on a convection oven: convection baking and convection roasting.