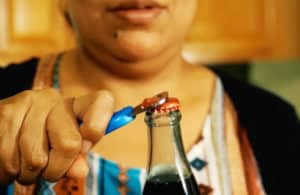 How one city took on the soda industry—and how you can, too.

When I was a kid in San Francisco in the late 1970s, we thought of sugary drinks as a special treat. Today, sugar-sweetened beverages are considered a typical part of many people’s days: We may down a Starbucks frappucino for breakfast; consume a Coke at lunch; have a Snapple with an afternoon snack; gulp a Gatorade after a sports meet and finish it all off with a Sprite at supper. That would add up to a whopping 986 calories just for swizzling sugary drinks—in just one day.

We now know that these drinks don’t just deliver us unwanted calories they are one of the biggest drivers of the tragedy of needless diet-related illnesses. This epidemic has far outpaced the ability, and political power, to redress them with public policy and corporate accountability campaigns. But that’s all changing: Just in the past five years, new strategies have been developed and deployed to take on these specters of ill health and win. One of the most promising is sugary drink taxes.

As a resident of Berkeley, California, the first city in the United States that passed a tax of this kind, I had a ringside seat at one of the successful battles against Big Soda. The campaign was launched by a coalition that reflected the diversity of this city: The National Association for the Advancement of Colored People, Latinos Unidos, the entire school board, every single city council member, and dozens of other groups were all united in their support. The tax here, like many of the others being proposed, is an excise tax, meaning the levy is on the distributor of the drinks, not the consumer. In our city, the tax is one penny per fluid ounce on sugary drinks—whether that’s entirely passed on to the consumer or not is determined by the distributor.

Our community was so passionate about this tax because we had seen the damage done by sugary drink consumption. We knew about the lifelong health problems associated with diabetes, including heart disease, comas, infertility, vision loss, insulin replacement, even amputations. And we had seen the evidence that drinking just one or two sugary drinks a day can increase the chances of developing type 2 diabetes by 26 percent. We also knew that reducing soda consumption is seen as the best first step to halting weight gain.

We also know how widespread the threat is. A recent study from UCLA found that 55 percent of Californians are either diabetic or pre-diabetic. We know, too, that the burden of diet-related illnesses are experience inequitably. According to the American Diabetes Association, African Americans and Latinos are 70 percent more likely to be diagnosed with diabetes than their white peers.

But when we took on this fight, we knew we would have a deep-pocketed opponent. Just since 2009, the American Beverage Association, the soda industry’s trade group in the United States, has spent an estimated $64.6 million fighting soda taxes. In Berkeley, a small city of 116,000 people, the group spent $2.4 million in an onslaught of negative ads, misinformation and paid supporters. But despite Big Soda’s big spending, the people here triumphed. The final tally: 76.2 percent in favor of the tax.

As soon as we won, the group tried to spin the story: writing off this win as an anomaly: just Berkeley being quirky. What the industry doesn’t want you to know is that Berkeley may be a hippie haven, but it’s also a policymaking petri dish: Our city has long set policy precedents in the United States. Berkeley was the first U.S. city to voluntarily desegregate its schools; the first to provide curbside recycling; the first to create curb-cuts for wheelchair accessibility. The list goes on. In other words, we aren’t an anomaly; we are a bellwether. With our win here on track to generate more than $1.4 million annually for community efforts to promote health and prevent diabetes, we are feeling the benefits already.

Now, all across the country—and beyond—communities are creatively standing up to the specter of sugary drinks and joining in the battle of People vs. Big Soda. We can’t wait to support them.