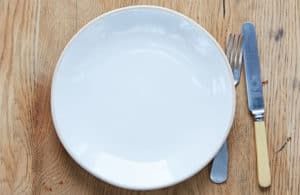 Six reasons why food is a really big deal.

It’s easy to forget the power of our dinner plate. Between the Instagram post, or the quick fix meal, the snack at our desk or the breakfast on the run – it’s not a surprise we might overlook the incredible potential in our food. What and how we eat, and the systems that produce it.

Our food is more than simply a source of calories – or even a labour of love. As our global community faces some serious and time-bound health challenges, what’s being served is a world of opportunities.

In 2015, the global community through the United Nations, unveiled the Sustainable Development Goals. A road-map for equitable development and planet-wide prosperity by 2030, it’s an ambitious, holistic and truly global blueprint for prioritisation and action on a wide range of issues.

Outlined in 17 Goals and 169 Targets, Goal 2 focuses specifically on food: end hunger, achieve food security and improved nutrition, and promote sustainable agriculture. But as momentum builds for the realisation of these Goals, governments and civil society are increasingly realising the importance of food and food systems in achieving ambitions far beyond Goal 2. In fact it is suggested that between 12 and 15 of the 17 Goals will only be fully achieved through investment and action on food and food systems.

Ending poverty requires adequate nutrition for those poorest, while 500 million people on this planet continue to earn a living from smallholder farming. Water and sanitation are deeply linked to food production methods and farming systems. Resilient, inclusive cities will not only require healthy urban food systems, but are also a platform for achieving them. The list goes on.

In short, many now argue that Sustainable Development will only be possible through a focus on ending malnutrition – reshaping our food and diets, and the systems and environments that produce and influence them.

We all seem to be blindly focused on economic growth as the sole measure for communal success. We talk about knowledge economies and knowledge-intensive sectors. Something we almost always overlook though, is that education attainment and economic productivity are both linked to adequate, good food.

Poor nutrition is associated with reduced cognitive function in individuals, delayed school enrolment, impaired concentration, increased illness and absenteeism and early school drop-out – one reports suggests that malnutrition can result in up to 20% lower earning capacity by adulthood. Compared to healthy children, worldwide, children who go without adequate food for long periods are 19% less likely to be able to read, and 12% less likely to write simple sentences by the age of eight, decreasing an individual’s ability to take advantage of development resources and poverty alleviation opportunities.

Conversely, the education of girls improves gender equity, empowerment and maternal and child health outcomes – including better nutrition in the following generation.

In short, knowledge economies require knowledge diets – and healthy food systems. If we want economic growth and sustained social and economic development, then we need to invest in the systems and environments that support nutrition.

While food offers a world of solutions, it also presents some serious challenges for global health. According to the Global Burden of Disease Study, food is a leading risk factor for deaths and disability worldwide.

In fact in 2014, more than 1.9 billion adults worldwide, 18 years and older, were overweight, while more than 600 million were obese. 462 million were underweight. In the same year, 41 million children under the age of five were overweight or obese but 159 million were affected by stunting, resulting from chronic undernutrition. While 50 million children were wasted. In low- and middle-income countries, almost five million children continue to die of undernutrition-related causes every year yet simultaneously these same populations now witness a rise in childhood overweight and obesity – increasing at a rate 30% faster than in richer nations.

The food system, what we eat and very importantly the environment in which we eat it – including the pervasive advertising and commodified urban food systems – have an enormous impact on the health and well-being of our global populations.

When it comes to food, it is not just about what we grow and do eat – it’s also about what we grow and don’t eat. An estimated one in three mouthfuls of food is wasted in this world every day. The same world where just under half a billion people continue to be underweight. In poorer nations, this waste generally occurs pre-market and can be part-solved by simple technologies in transport, packaging and refrigeration. In wealthier countries, the majority of waste occurs after market and in our homes. This is where buying less but more frequently, avoiding impulse buys and taking measures to reduce the “buy one get one free” that incentivise over-purchasing, is all key.

We cannot talk about the power of food and not mention climate change. Today, the food systems of the world account for up to 31% of global greenhouse gas emissions – more than all sea, air and land transport combined. The way we grow, process, transport, market, consume and waste food is a major concern for our planet’s health. And therefore our health too.

Reaching far beyond methane from cows, it’s also about run-off from chemical fertilisers that cause damage to water bodies, a reliance of fossil fuel-intensive methods, deforestation and replacement with monoculture agriculture, salinification of soils resulting for poor farming practices and overfishing of our oceans – the links are numerous. These are all linked to the climate and have an enormous impact on the local and global ecology.

Combined with the fact that we waste one-third of what we grow and very often live in food environments conducive to over-consumption, there is a great deal of room for small individual changes to have drastic, positive, collective effects.

We’re all in this

Finally, food is a really big deal because most of us love it – and all of us need it. Regardless of our political persuasions, our demographics, or our personal beliefs, food is something we all share. More than this, food is something that we all have ownership in and engage with at least three times every day.

In a world where the problems can sometimes seem out of reach, and beyond comprehension, food is also our connection back to the very real issues we all face together.

Our food offers each of us an important seat at the solutions dining table. Let’s be sure to recognise the power in what we’re being served.