It’s no secret that turnips have never been the most fashionable vegetables. Therefore, it comes as no surprise then that this unfashionable plant is typically avoided at grocery stores.  While it’s considered difficult and strange, to say the least, is this perception justified, or are we judging a great vegetable too harshly?

After all, it’s a nutritious and fast-growing crop that’s an integral part of the Nordic cuisine, typically substituted with potatoes. In the U.K, turnips were traditionally carved on Halloween, before pumpkin lanterns took over.

In this guide, we’ll delve into the ins and outs of these delicious and nutritious root veggies, including the answer to the million-dollar question, ‘what do turnips taste like?’ 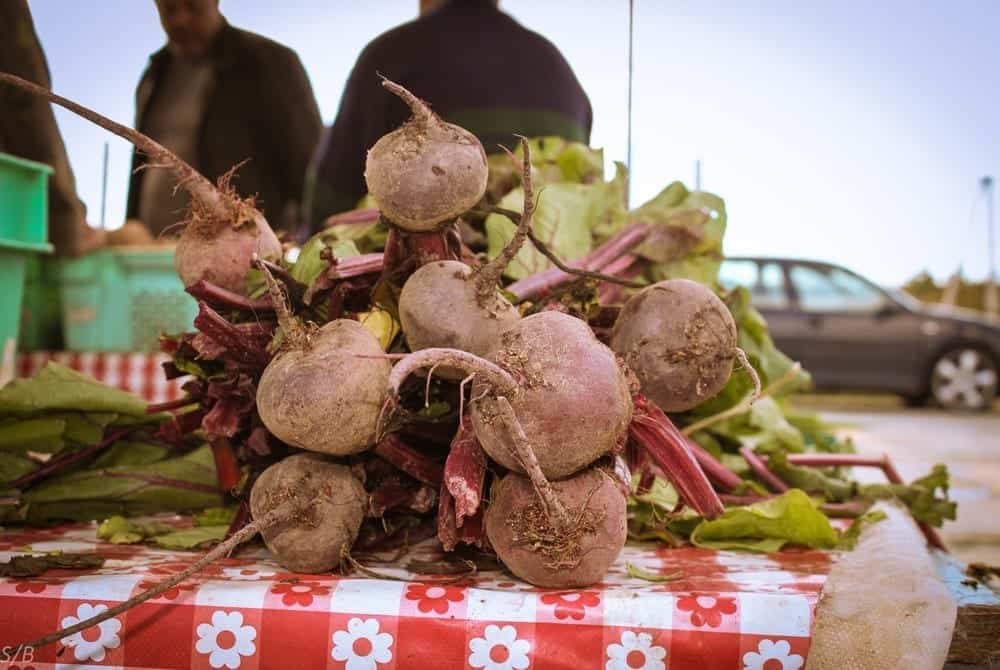 Before we explore their flavor, it’s essential to understand what they are. Turnips are root crops that are a breeze to grow and stem from the same family as cauliflowers and cabbage. More often than not, they are mistaken for their strikingly similar rutabaga cousins. While both crops are frequently grown together, turnips usually mature about four weeks earlier.

For a myriad of gardeners, turnips are the perfect crop. While they are hardy biennials, turnips are grown as annuals and are an autumn fast-germinating vegetable that thrives in cool weather.

Although their growth may be stunted when warm weather rolls around, you can consume their vibrantly colored nutritious leaves within a month after germination. After a few weeks, the turnip root is swollen and ready for harvesting. Given that the greens and roots are edible, it’s regarded as a zero-waste crop.

Turnips come in small in large varieties and come in handy in a vast assortment of dishes. Therefore, most people prefer using them as a nutrient-dense and lower-carb replacement for potatoes. These crops can also be consumed raw as young roots are tender and can be effortlessly peeled and eaten.

They are said to have initially come from central Asia about 4000 years ago and is possibly one of the first vegetables to be cultivated. Turnips then made their way to various European countries and were a staple for the Roman army at one point in time. While they were never a popular option with some Romans, this crop was typically the go-to option tosses at unpopular public figures.

During the 15th century, the phrase ‘turnip eater’ was coined as a derogatory for anyone from the country and was later used to refer to an idiot or the like. Turnips were initially cultivated in the U.S in the early 16th century.

For countless centuries, this vegetable was a commonality for livestock and the less fortunate. In the U.K and other countries, this meant that turnips had an image issue. In the unfortunate occurrence of food shortages, crop failures, and wars, turnips were usually the only food source.

It’s a difficult question to answer as flavors vary. Similar to carrots, young turnips are crunch and sweet. Contrarily, older turnips have a flavor that is strikingly similar to potatoes. They also have a bitter and unpleasant taste if consumed raw but smell and taste sweet upon cooking them properly, much like beets but excluding the earthiness.

The taste also varies from one type of turnip to another. The smaller counterparts have a tangy or sweet taste similar to celery, whereas the larger turnips are significantly woodier.

In a nutshell, the answer to the commonly asked question ‘what do turnips taste like?’ because they are unique with versatile flavors. As such, it depends on the age of the root and variety and how you cook it.

What Are the Different Types of Turnips?

Here’s a breakdown of the common varieties of turnips that you’ll stumble upon. 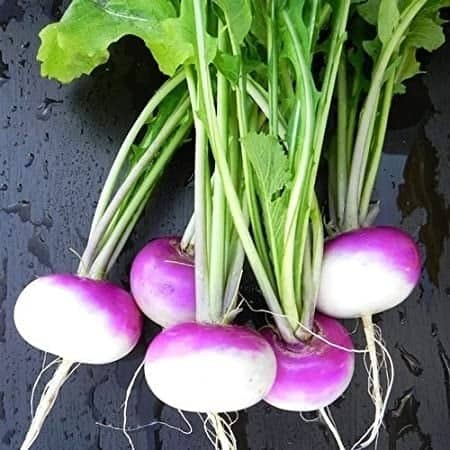 With a spicy but mild flavor, this turnip is tender.

It’s an old type of turnip with a diameter that falls anywhere between 3 and 4 inches. Golden ball turnips have a yellow-gold color, have a sweet flavor, and are round.

As it turns out, there was a lot of sense in turning to this vegetable in times of food shortages and conflict. Turnips are a highly nutritious vegetable with the following health perks.

Rich In Vitamins and Nutrients

The level of vitamin K in one turnip is the recommended daily amount. It aids in stopping excessive bleeding in the body by promoting blood clotting. Turnips also contain about 30% of the daily required amount of vitamin C, along with small traces of nutrients. They range from zinc, phosphorous, Folate, magnesium, and calcium to iron.

Turnips are rich in fiber, which not only aids digestive health, but a high fiber diet is also linked with reduced risk of intestinal disorders such as diverticulitis. A high fiber diet can also play a valuable role in weight control as it helps us feel fuller for longer and keeps our blood sugar levels stable.

Let’s face it. A diet rich in vegetables and fruits can considerably boost heart health. Given that turnips are rich in dietary nitrates, they also play a crucial role in reducing blood pressure and curbing blood platelets from easily clumping together. Furthermore, the potassium in turnips also keeps blood pressure low as it aids in dilating the arteries and expulsion of sodium from the body.

Turnips are rich in fiber, which improves digestive health and diminishes the risk of diverticulitis and other intestinal disorders. Moreover, a high fiber diet has an invaluable impact on weight loss and control as it keeps you fuller for longer. It also stabilizes the body’s blood sugar levels.

Reduces the Risk of Cancer

Turnips are cruciferous vegetables that are tied to reduced cancer risk. These types of vegetables are packed with compounds that protect the body against cancerous cells or significantly slow down their progression rate.

One of the main reasons that turnips are a substitute for potatoes is that they contain 0.13 grams of fat and 36.4 calories. Therefore, if you’re looking to delight in some yummy treats such as a colorful vegetable pie while still watching your weight, then turnips are your Holy Grail. You can also try out a vegetable shepherd’s pie that’s low in calories and has a burst of flavor that will spark a smile with every bite. 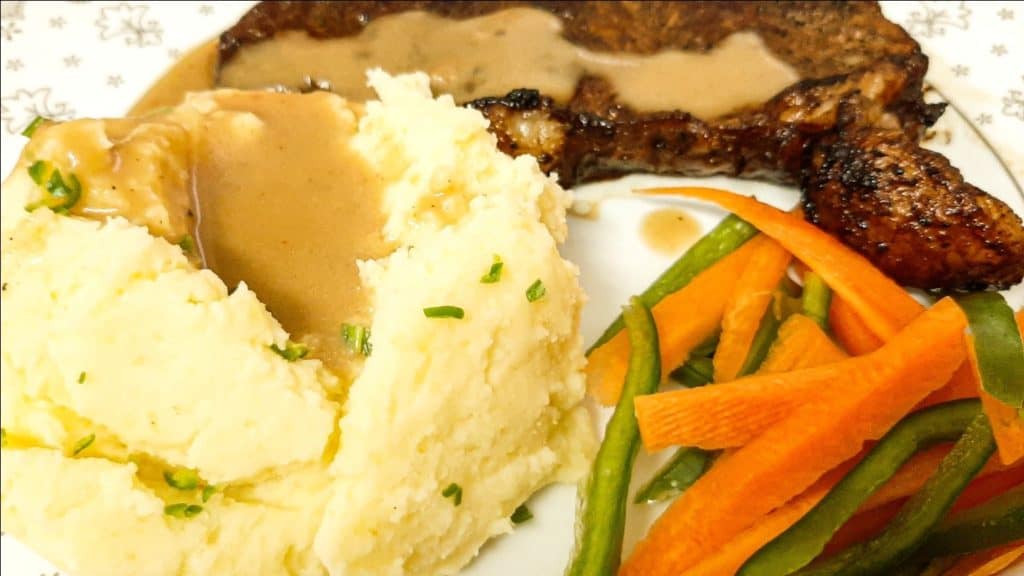 Below are just a few of the numerous ways to cook this nutritious vegetable.

As one of the easiest and quickest ways of cooking, a mashed turnip is a popular option for most people. We suggest making a mouth-watering dish that is the perfect blend of potatoes (or sweet potatoes) and turnips. Or you can use the mashed turnip as a good alternative to a mashed potato.

Simply mash with salt, a thick knob of butter, a splash of milk or sour cream substitute, and pepper until smooth. If the mixture is a tad bit dry, continue adding the milk or substitute until you achieve the desired consistency.

Equally as delicious as sunchoke, a roasted turnip is easier than mashing them. Simply dice the turnip root into bite-size cubes, season, and slather with olive oil. Uniformly layer evenly on an oven tray and throw in a few sprigs of garlic cloves and sprigs before adding a drizzle of honey.

Roast the turnip at 355 °F for up to 50 minutes or until it turns golden-brown on the outside and is tender on the inside. Check out this video on how to make roasted turnips and pears with rosemary honey drizzle:

Turnips pair well with potato, pumpkin, gravy beef, carrot, onion, and parsnip for the perfect heart-warming winter casserole dishes. To dial up the flavor, you can include rosemary, garlic, and bay leaves. Throw these ingredients into a slow cooker with beef stock. Allow it to cook slowly for 4 hours for a scrumptious meal; after all, good things take time.

Now that you’ve learned a lot about this nutritious root and the different ways to enjoy a cooked turnip, why not take the plunge and discover firsthand what turnips taste like? While not everyone enjoys the taste of this crop, you just might like it enough to incorporate it into your daily diet.

If you decide to give it a try, let us know your experience in the comments section below. We’d love to hear from you!

« How to Use a Vacuum Sealer: Step-By-Step Guide and 10 Ideas
How Often Should a Meat Slicer Be Cleaned? Food Safety Tips »