There’s nothing worse than not having enough wings for all your guests. Okay, that’s probably being a bit dramatic, but no one likes leaving a gathering hungry and disappointed, right?

The trick to avoiding the title of “worst host ever” is planning. This short guide will answer all your burning questions: How many chicken wings in a pound? And how many wings should you serve your guests?

Read it all the way through before firing up the grill.

How Many Wings in a Pound?

The average raw wing weighs around 3.5 ounces. That means that there are between 4 and 5 whole chicken wings in a pound.

That’s the quick answer, but it’s not the whole story. In reality, you can have more or fewer wings per pound depending on their weight and wing size. If the wings are really small, you’ll need more wings to make up a whole pound. But if they’re bigger, you need fewer wings. Makes sense, right?

Generally speaking, though, you can remember that 4-to-5 magic number when shopping for wings.

How Many Chicken Wings in a 10-Pound Bag?

There are 40 to 50 chicken wings in a 10-pound bag. More often than not, this is how you can buy chicken wings at the grocery store.

Sometimes, you may also come across a 4-pound bag of wings. In that case, there should be 16 to 20 wings inside.

When you order chicken wings at most restaurants, you’re not actually getting a whole wing. Here’s why.

Wings have three sections: the drummette (at the top), the wingette (or flap), and the wing tip. The first two are the meatiest and juiciest, so they’re the most popular. The tip is usually discarded or used to make chicken broth because it’s so bony.

Usually, you can only buy buffalo wings (or drummettes and wingettes) at the grocery store. However, most butcher shops can sell you the whole wing (tip included), if you'd prefer that cut.

The two most delicious parts (drummette and wingette) are commonly referred to as buffalo wings, after being sold for the first time as delicious appetizers (instead of as an undesirable cut) at Anchor Bar in Buffalo, New York. That’s where the name comes from, not from the sauce. 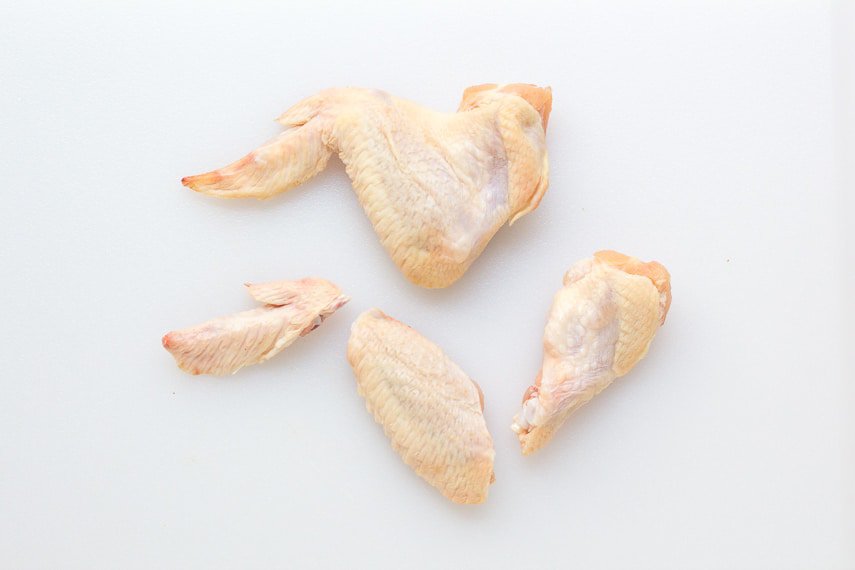 Why Does This Difference Matter?

These chicken wings facts aren’t just fun tidbits of information. Because buffalo wings are smaller (and lighter) than whole chicken wings, you can expect to get more wings per pound.

What About Boneless Wings?

Boneless wings aren’t really wings. They’re just chicken breast meat that has been shaped to look like a wing. They’re basically large nuggets, so they’re very meaty and don’t have any bone or cartilage for you to chew on.

How Many Chicken Wings Per Person?

This is the big question: How many chicken wings does one person eat?

You need 6 ounces of meat for one serving. Since there's around one ounce of actual meat per wing, you would need 6 whole wings per person. That’s just over a pound of wings, assuming everyone has an average appetite.

Of course. different people have different appetites and can eat a different number of wings, but that's a good amount to go off of.

For cooking purposes, if you’re making other appetizers as well, you can probably get away with serving four wings per person. If the wings are the primary food item (and there will be no sides), double or triple that amount. 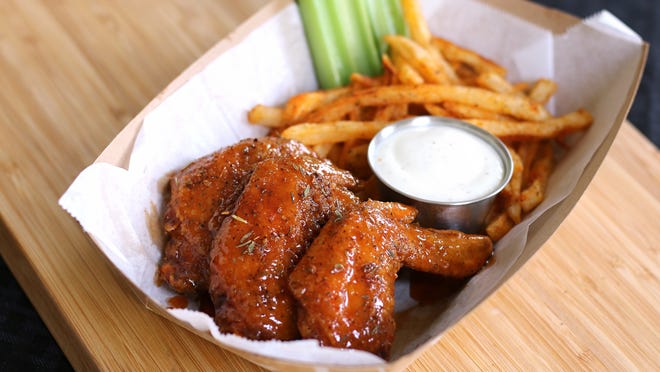 Whether you’re in charge of Super Bowl Sundays, a late-night snack, or a family dinner, these tips can help you serve up finger-licking chicken wings—even better than what you can get at a restaurant.

You have all the information you need right here on this guide to buy the right number of chicken wings. Remember the two important amounts: 4 to 5 per pound, and 6 whole wings per person. If that's the main dish, then 12 (or more) wings is a good helping.

2. Oven-Bake Them Before Frying

Deep-fried wings are the most popular, but they come with lots of room for error. To avoid getting cold spots and undercooked wings, first bake them in the oven or air fryer. Then finish them off in the deep fryer.

3. Stock Up on Your Favorite Sauces

Since wings are so popular (the National Chicken Council says Americans eat 1.35 billion wings on Super Bowl Sunday alone, enough to go around the globe three times if laid end-to-end), there are bound to be dozens of sauces for coating chicken wings. BBQ sauce, hot sauce, Buffalo sauce, honey-mustard sauce, and ranch are just the most popular options. Go wild with your wings and challenge your local sports bars for the title of best chicken wing cook.