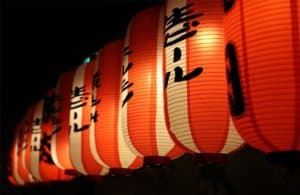 Imagine if there was a law that enforced food education, and empowered people to feel confident about the food choices they make. A law that helped bring about awareness of the sustainability and environmental aspects involved with food and nutrition, as well as the potential health benefits.

Well, such a law does exist – in Japan!

Japan created the law of Shokuiku in 2005 after growing concerns over the country’s rising obesity rates and an increase in embraced unhealthy Western dietary habits. The preservation of the Japanese food culture is of pressing importance and priority to the Japanese government. Shokuiku supports the recognition that Japanese food culture is sustained by a nutritionally balanced rice-staple diet, richly accompanied by fish, meat, vegetables and fruits. 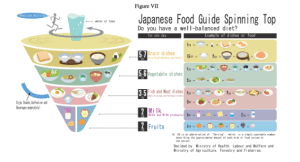 The law is enforced in schools, and is also integrated into workplace education. Schools are invited to participate in local Shokuiku competitions that encourage children to prepare healthy meals on their own, without adult input. Under Shokuiku, schools serve meals at regular times, menus are designed by dieticians and children are encouraged to adopt proper table manners.

Teachers, parents and other school staff all work together to create a symbiotic relationship between food/nutrition and general well being, through inviting parents to join children for lunch and giving children a chance to participate in the lunch preparation.

Japan has seen an influx of Western influences in the past 10 years. One of the main ones has been in the food industry, where fast food chains have dominated. As fast food is completely contrary to traditional Japanese cuisine, the attraction has lead to an increase in overweight and obesity rates, particularly among males between 30-60 years.

Poor dietary habits, such as skipping meals and opting for ready made meals for the sake of convenience, is a trend we see worldwide. Skipping meals is common as we tend to work longer and more irregular hours, and stress, lack of sleep and exercise can lead to us making unhealthy food choices.

This is where food education, preparation and safety become vital. Prior to the law of Shokuiku being introduced, it was reported 30% of Japanese men and 50% of women said they had the confidence to cook a homemade meal. Those statistics have now risen, and indicate that two-thirds of Japanese people now cook the majority of their own meals from scratch.

The law of Shokuiku not only aims to empower citizens to make more informed health choices, but also aims to raise awareness of the sustainability and sourcing issues surrounding food products. The programme gives individuals a greater insight into where food comes from and how it ends up on supermarket shelves. The aim is to move away from increased dependency on import and focus on local and national sourcing of food products, in turn invigorating local producers, farmers and suppliers.

Preemptive action for the future

Japan recently topped the World Health Organization’s (WHO) life expectancy list, with an average of 87 years, the highest in the world. Still, 80% of the country’s total deaths are reported to be related to non-communicable diseases (cancer, cardiovascular disease and other chronic diseases such as diabetes).

It will no doubt take years, if not decades, to prove that the action the Japanese government has implemented will be effective in protecting the overall health of the population. Yet, it is extremely positive that the urgency of the snowballing issue was taken seriously by policy makers before it reached a tipping point.

The definition of health according to WHO is “a state of complete physical, mental and social well-being and not merely the absence of disease or infirmity”. Good food and nutrition is integral to maintaining good health, and I think that the Japanese have got it right by focusing on the journey of health, not just the destination.