Since the discovery of fire some 2 million years ago, the almost primal allure of roasting meat over a hotbed of crackling flames rages on.

Whether you’re thinking of the crispy chicken skewers or the medieval hog rotating over an open fire, spit-roasted meat will never go out of style. 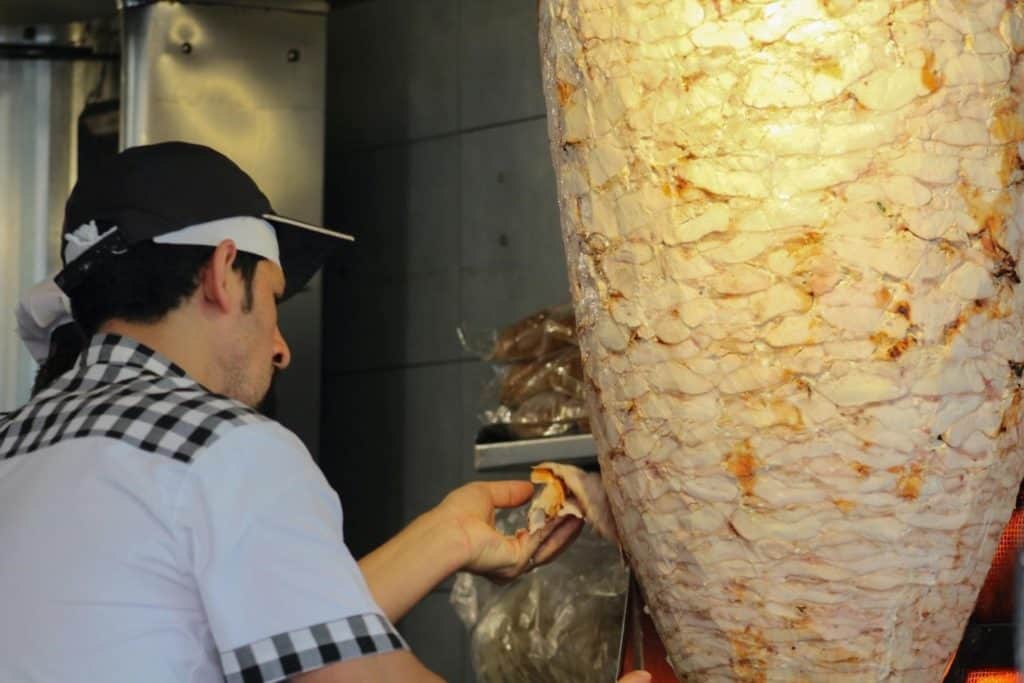 With street food and food trucks being all the rage, you’re spoiled for choice when it comes to all the different exotic meat-on-a-stick cuisines available. Of all the options, nothing is as tried and true as well-made shawarma or gyro.

Although they might seem similar, they’re not. Here’s everything you need to know about the difference between shawarma vs gyro.

Its Turkish roots aside, shawarma – pronounced “shuh-war-muh” – is a predominantly Middle Eastern creation that originated somewhere in the Levant region. Unlike other hand-held street food you might come across, a key differentiator that sets it apart from others has everything to do with the meat used in the filling as well as the garnishes.

Shawarma is made with chunks of tenderized meat like chicken, lamb, or turkey, packed in delicious pita bread and slathered with tahini and hummus. The meat is seasoned with a host of spices that are native to the Middle Eastern region. Some of these include cardamom, cloves, cinnamon, turmeric, and lots more.

The filling also contains ingredients like mangoes or pickled vegetables, which are usually seasoned with curry spices. Aside from that, vegetables like shredded red cabbage, onions, carrots, tomatoes, and so forth can be used as well.

Although several other Middle Eastern foods prepared with similar ingredients exist, shawarma isn’t to be confused with any of them. If you’ve never had it before, you mustn’t get it mixed up with other equally delicious cuisines from the region. Here’s a list of what shawarma isn’t.

Doner kebab is a Turkish cuisine that is also grilled on a rotisserie. It is usually served in a special type of Turkish flatbread and not specifically a pita wrap. It may contain some chopped onions or tomatoes as opposed to a shawarma filling that has an assortment of several different kinds of ingredients.

Falafel refers to small balls of ground chickpeas that are deep-fried and may be served with pita or some other form of flatbread. Unlike shawarma, falafel isn’t entirely a hand-friendly wrap. It does, however, have a host of health benefits.

What Is a Gyro Sandwich? 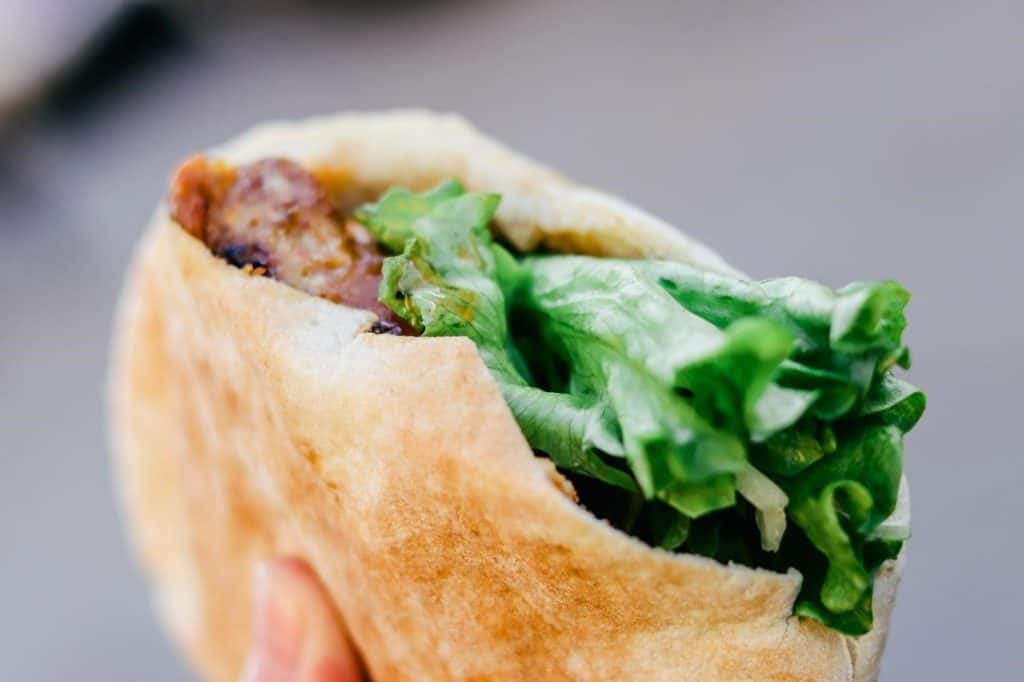 “Gyro” means “turn” in Greek and is pronounced “yee-roh.” It is quite similar to the Middle Eastern shawarma, except that it is a popular cuisine with its roots in South-Eastern Europe.

It is essentially a vertically spit-roasted stack of thinly-sliced meat, grilled in an upright rotisserie. While traditional gyro is made from pork, its American variant is usually made with beef, lamb, or a sumptuous combination of the two types of meat.

They are then stuffed in a pita bread wrap and topped with onion, tomato, and a delicious yogurt sauce referred to as tzatziki.

Although gyros are often made with pita, traditional gyro bread is usually more like a thin flat-bread. The meat for the filling goes, pork, beef, and lamb are the usual go-to meats. Chicken gyros have also been gaining traction in recent times.

Unlike shawarmas that have a host of elaborate ingredients, gyros are much simpler. All they require are thinly-sliced onions, chopped tomatoes, a bit of shredded lettuce if you’re feeling fancy, and the signature tangy tzatziki sauce.

What a Gyro Isn’t

You might come across Greek cuisines that share a lot in common with gyros but make no mistake about it – they’re not the same thing. Here’s a list of what gyro isn’t.

While both these dishes contain grilled meat, the difference between them all comes down to their preparation.

Souvlaki is made with pieces of pork, lamb, beef, or chicken mounted on skewers and grilled over an open flame. On the other hand, Gyro is made with shaved or thinly sliced pieces of meat grilled on a rotisserie.

A gyro is a descendant of the Greek donair, which happens to be the distant relative of the Turkish doner. A Greek donair is made with sliced or shaved pieces of meatloaf and uses a sweet garlic sauce in place of the creamy tzatziki used in gyros.

Pita is one of the several different types of flat pocket bread used as a wrap in various hand-held sandwiches. It may be used with gyro, but it isn’t synonymous with it.

You can use your choice of fatty meat for this recipe, although lamb and beef are preferred. Here’s what you need.

All for the Flavor

There are probably more similarities than there are differences between shawarma vs gyro. While both dishes taste exquisite, they aren’t necessarily the healthiest of cuisines. They are, however, incredibly satisfying.

If you’re looking for something healthier, check out our blog for 20 delicious wrap recipes you might like.